I read an interesting article, “Generation Y’s career Facebook Fumble,” which I feel tells half the story and not the whole story about my generation’s tangled history with social media. Keep in mind that Generation Y created today’s social networking and it flourished from there.

First is first, let me lay down the groundwork for my thoughts on the current state of social media: 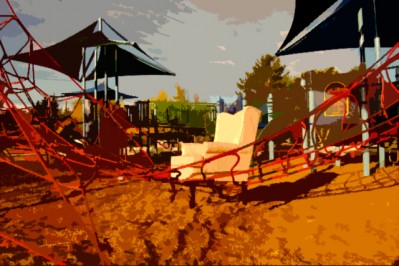 Historically, Facebook was an exclusive club designed only for college students. It was when the company began opening its network up to allow major corporations and geographic regions to join, the problems started becoming mainstream. I will admit, college students freely expressed themselves on the site and it was more of a status symbol by networking with the most friends, posting on various groups, and having photos of yourself after those so-called social gatherings. Problems on Facebook constantly plagued students and college administrators. When Facebook opened up to the public, it was a huge social experiment and train wreck at the same time. Suddenly the popularity of Facebook made it possible for everyone to connect with each other and may inadvertently caused some generational clashes–mostly between mom/dad vs. son/daughter. Parents would often want to check up on their kids and sometimes it got ugly.

Notably, the issues began when people discovered inappropriate photos and inappropriate postings on Facebook and it happened to be reported on the news. It still happens todoay, but not as much as it used to. We have learned how to manage our social media much better than the heyday.

Now I want to switch gears and talk about LinkedIn. It is a social networking site intended to showcase one’s own career goals, resume, and accomplishments. This place is excellent for showcasing the world our professional lives. In the past year, I have received more LinkedIn connection requests from my colleagues in college than I have before. Since joining the site in 2008, I added over a dozen of my college friends who are seeking professional employment because they care about their professional life and wish to be associated with other successful peers on this social networking site. There are many benefits by using LinkedIn, such as

LinkedIn is essentially a social network built around a professional resume.

Cited in the article is the Gen Y and Facebook Study, conducted by Millennial Branding, which reveals some interesting characteristics that should be highlighted as important aspects of the newest generation joining the professional world. It shows that Generation Y is looking to enter into the professional workforce and have been eager to jump onboard than before. The demographics in the study, 18-29, show that there are many college graduates lumped in seeking professional work, which is great news.

In the study, not mentioned in the news article, the Gen Y population demonstrates the entrepreneurial spirit. That finding suggests that this particular generation seeks ways to build services and products on their own rather than work for a company. The study also mentions that nearly 2/3 of the surveyed group avoid disclosing their employer on Facebook. This evidence supports the notion that Facebook is a social network intended for personal use among friends and family. However, the study reviewed data from Facebook. If the study showcased LinkedIn, it may paint a rather different picture of the state of professional social media for the Generation Y population.

Yes. And no. For those seeking professional careers, they are putting themselves out there through the use of blogs, social media, and websites. They are promoting themselves using every avenue possible. For example, I am on all the social networks, I write this blog, I also have a couple other websites out there. I am constantly networking with professionals on these networks and promoting myself. So far, it has produced successful results.

On the flip side, there are people who are not on professional networks and are missing out on employment opportunities. There is great potential to professionalize Generation Y through the use of Twitter, LinkedIn, and Google+. We simply need to find the right formula to demonstrate our seriousness in the workforce and show that we can play well in the big leagues too.