Various albums were uploaded online and shared on Twitter. I did a quick search and found pictures from various attendees. STC 2011 Summit albums that were tweeted about online, were Viqui Brown Sherman Dill on Facebook, Rachel Hougton on Flickr, William Sansbury on Flickr, and Rick Lippincott on Flickr. There are many more, which I found by searching on Memory Reel. I’ll probably get more links once everyone has uploaded their photos.

My favorite has to be Sacramento Sketch by Don Moyer, on Flickr 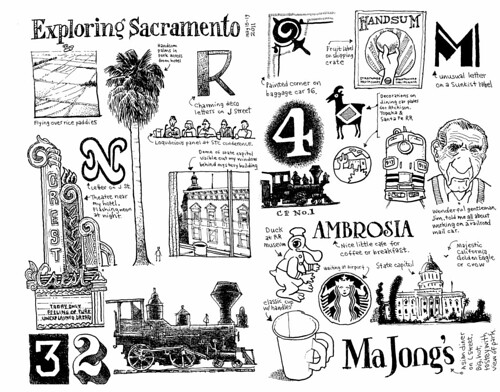 There are many more and it probably will take me a few weeks to find and locate all the photos that people want to share online. It will be done.

Before I let you go, here are my TwitPic Photos.

I'm a technical communicator with over seven years of experience in the field. My focus is visual design, publications management, and social media. Currently my life is divided between working as a content strategist and dancing in Albuquerque, NM.

I offer consulting and presentations for a variety of topics. Types of services include website and visual design audits; document reviews, proofreading, editing, and WordPress support. Please contact me if you have a project in mind.

Find me on Google and LinkedIn.