At the STC 2011 Summit, there was some hype about QR Codes. What is a QR Code? What are they used for? Why?

A QR Code (short for Quick Response) is similar to a standard-looking barcode that contains data which can be read using a smart phone or QR code scanner. The data can contain information such as a URL, email address, contact information, etc.

QR codes can be used to embed information on products, car parts, business cards, and airline boarding passes. For more details about QR codes, read “Barcodes: connecting the real-world to the virtual.”

I got into the act by buying a TweetUp badge this year from Robert Armstrong. That TweetUp badge only had a link to my Twitter account, yet at the STC 2011 Summit, people with smartphones and free QR reader apps could access the cryptic barcode and open up my Twitter page on their browser. 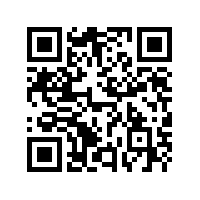 Besides putting codes on badges and novelty items, there is some practical uses. For example, Southwest and FedEx use similar barcode technology for their systems. That barcode contains the data printed on the boarding pass or shipping label. In addition, it phases out the magnetic strip that was commonly used on airline boarding passes. It makes for cheaper manufacturing and less paper waste since they are using flimsier sheets. When was the last time that you boarded a plane that had a magnetic strip boarding passes?

There are many other uses for QR Code technology and I hope it finds its way into everyday use where a TCer can simply put a QR code on a product or paper document and have a user scan it in to access supplemental information online on their mobile device. I can see an excellent use for QR codes on food products, where a shopper can scan the item and find recipes to make dinner. There still would be a technical communicator on the other side of the equation ensuring that the information is consistent and pertinent for the consumer.

From Ben Woelk’s post, “Twitter Use at #STC11 Summit,” I’m unsure how to respond to being one of the top 10 Twitter updaters for the conference. Part of the that use may include posts from Leadership Day, which occurred Sunday before the Keynote speaker, Tim O’Reilly.

Give me a couple of days to analyze all the posts with the hash-tag #stc11 and I’ll get back to you as to how I feel about being at the top 10. 🙂

I was very pleased with the use of Twitter to connect with a lot of people at the Summit. I also believe that during the conference, attendees new to Twitter were subjected to sign up for an account and follow the #stc11 for updates and social functions. I genuinely hope that these new users continue to use Twitter for their own professional endeavors.

My favorite use for Twitter was to gather groups of people to meet up at a certain location for lunch, dinner, beer, or karaoke. That is how I met up with people and gave directions on where to meet. Sometimes the location was decided, “meet at 12:30 at Hyatt Lobby for lunch #stc11” and then people would meet up and head to lunch. Another instance was to “RT” or retweet the post and hope that enough people read the #stc11 updates on their device using Twitter, Tweetdeck, Hootsuite, etc.

Like last year STC used a flatscreen TV at the registration tables showing updates on Twitter. It was really neat to see live updates. I remember one attendee told me that he looked at that screen and found out where people were meeting for lunch and found us there.

Another change I observed was people’s updates had links to photos with their perspective of the conference. I saw users post photos from their smartphones. Tomorrow I’ll add a section on photos of the Summit.

So far, I hope next year we get to use Twitter for events, notes, and maybe even prizes. I’d love to see a Twitter game be played out at STC 2012 next year.

After heading to the annual STC Summit this year, it hit me like a bunch of books falling off the top shelf of a book case. I should regularly talk about technical communication. This blog will mark my foray into talking about TC. The first topic I would like to start off with is the Annual STC Summit.

This year, I went to Sacramento for the conference and it was definitely the best one yet. Some of the most notable aspects of the summit was the use of Twitter, iPads, and smartphones. I was surprised to see so many technical communicators use them and I am happy that the future of our field is set in the use of these devices. When I co-presented with Greg Koch two years ago at the STC 2009 Summit in Atlanta about “The Benefits and Pitfalls of Social Networking Sites” there was very limited wireless internet and laptop use. It was around but not as widely used as I thought it would be.

We knew in 2009 that we had broken some new ground with Twitter, Facebook, and LinkedIn when we presented, which we had about 60 attendees participate in our early-morning session. The following year, I didn’t have the opportunity to present, however Greg co-presented on Twitter and was on a discussion panel regarding content management systems.

This year, I was very happy to see more attendees using mobile devices like iPads, XOOMs, iPhones, Android devices, and laptops. Every session I went in, I could count the screens. For me, this was amazing.

Also, when I was running late to a session or attending a separate session, I could follow the conversation live on Twitter. When I missed Scott Abel’s first presentation, I was jealous that my tweeps were attending his session and twittering about him. My bad for missing such a great session, I could simply follow along.

Other topics to note, which I will go in-depth on a later post: social media, websites, QR codes, TweetUps, smart devices, and MySTC.

I'm a technical communicator with over seven years of experience in the field. My focus is visual design, publications management, and social media. Currently my life is divided between working as a content strategist and dancing in Albuquerque, NM.

I offer consulting and presentations for a variety of topics. Types of services include website and visual design audits; document reviews, proofreading, editing, and WordPress support. Please contact me if you have a project in mind.

Find me on Google and LinkedIn.